A downloadable game for Windows

About the Game: Wig Champ is a single player side scroller where you play as a wig maker who owns a salon that creates wigs for bald people. The main mechanic is collecting materials on the street (eg. scissors, hair dye, and combs) while avoiding various obstacles (eg. road barriers, traffic cones, and bunnies). As you run, your character goes faster and faster, making it harder to continue. Obstacles and objects are also randomly generated to keep play interesting. You also must interact with passersby to collect other needed materials (eg. hair and hair clips). All of these collected objects are then used to craft various wigs that a bald person at the salon might request. Once a wig is crafted, you can then give it to the bald customer, and another will fill it’s place.

Game Design: We originally wanted to make this a mobile game, but realized that we could not export it to android without paying for a DLC for Game Maker 2. So, we went with a bit of a mash between PC and mobile design. Buttons are big and chunky to make it feel like it could easily be turned into a mobile game. However, some mechanics, such as the enter screen and street runner use the keyboard. We also made the aspect ratio wide enough to allow for the game to feel like it could fit on a phone. Gameplay also fits that of many mobile games where there are many assets to unlock to keep the player coming back for more. This opens up the possibility for monetization through micro transactions, although that was not the original intent. We were also not sure how to auto-generate the obstacles so that the user may learn patterns and be able to improve at the game and we would aim to make this a possibility with further development.

UI/UX Design: We initially planned on having a slightly more complex UI for being able to craft multiples of one wig type at a time and account for different colors, but for time’s sake, we went with a simpler version with just one hair color. Some interactions are also hovers when they should probably be press interactions, but we figured it was ok for now.

Art Design: Everything started with making the wigs, of which we made 50+. We decided the characters would all have circular heads so that it was easy to exchange wigs. Because of this circular head shape we decided on, the rest of the art ended up very simplistic and geometrically round. This went in our favor as it was not only easy to iterate, but to create more assets quickly. To narrow our scope, we then selected 6 of our favorite wigs to show off in our prototype. Another place we had to narrow our scope was in the movement of our bald customers in the shop. If we were to make a full version of the game, we would have the customers walk out of the store and then randomly generate a new one to come in at a random time.

Coding: We used Game Maker 2 to create the whole game, which then was exported to both Mac OS and Windows. Some of the main struggles we had were getting collisions to work the way we wanted as it was all of our first time making a game, let alone working with collisions. Adding animations and smaller interactions also took longer than expected and ended up adding to crunch time. Generally though, coding didn’t go too bad apart from being tedious and only having one main coder. Since this was the coder’s first experience with the software, the software developed faced multiple maintenance issues which led to brute force fixes

Resources Used: Music from the organization Incompetech was used in the development of the game trailer which were accessed on http://www.incompetech.com

Reflections: This GameJam showed us that a one week deadline provides great motivation but also anxiety, we had many great ideas but lacked the time or experience to produce a clever and fleshed out product. If we had more time, we would focus on polishing the animations and designs that we simplified for convenience as well as significantly increase specificity of the wig requests so as to expand the overall game completion time and bring greater variety to the player. Overall, we really enjoyed the experience and appreciate the lessons learned; with how 2020 has been, it was great to have something to do with a team of friends. 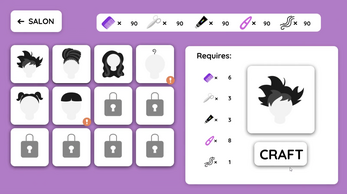 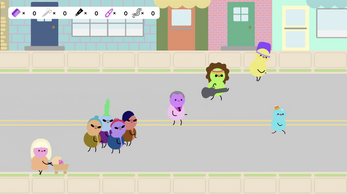 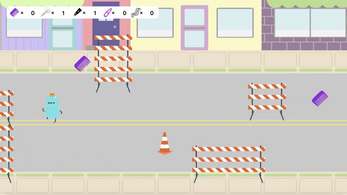 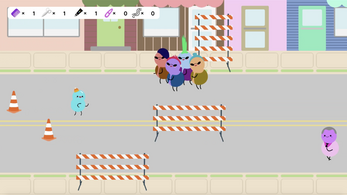 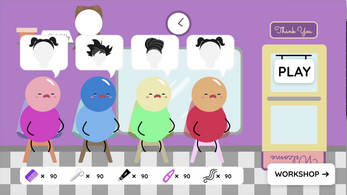